THE ONLINE MARKETSPACE FOR WOMAN BY WOMAN...

Easter today is mostly associated with the four-day long weekend we get in April. It is a public holiday everyone across the world looks forward to, except for, and quite obviously, the commercial world of supply chain industries, including but not limited to, distribution centres and goods transport companies. They lose four whole days of business during this time, which they must make up in order to get back to their daily sales or distribution targets.

For some, such as daily wage seasonal construction workers, these four days mean a much needed extra income for working overtime on a public holiday.

There are also some MomBosses whose main source of income is from their daily food sales, and depending on their specialty, they either make business or shut down for the Easter weekend.

Whatever their profession, profit-making is not a priority on this day. It’s an opportunity to reflect on one’s blessings , and appreciate everything around you, including family, that some are not lucky enough to have.

And then there are those of us who truly celebrate Easter for its Religious significance namely Christians, who believe in the Resurrection of Jesus from His tomb, on the third day of His Crucifixion, as per the New Testament. Whatever their profession, profitmaking is not a priority on this day. It’s an opportunity to reflect on one’s blessings (not that it can only be done on this day), and appreciate everything around you, including family, that some are not lucky enough to have.

Easter is not a one-day event. It is preceded by a train of other Religious observances such as Lent – the forty day period of fasting and penance; Holy Week, the week before Easter Sunday; Maundy Thursday – the night that marked the Last Supper; Good Friday – the day of the Crucifixion; and among other religions, the Jewish Passover (which marks the Jewish Exodus or freedom from enslavement of the Israelites).

All the holidays that are related to Easter are collectively known as the ‘Moveable Feasts.’

All the holidays that are related to Easter are collectively known as the ‘moveable feasts.’ This is because Easter has no fixed date. Its date is calculated based on the appearance of the full moon in spring after the March Equinox, that is, anytime between March 22 – April 25.

The first Sunday after this appearance, would be Easter Sunday, as determined by the Council of Nicaea in the year 325, during the reign of the Holy Roman Emperor, Constantine. This is true for most of the Protestant and Roman Catholics, who use the Gregorian calendar. In the Orthodox Christian World, for instance the Egyptian Coptic Church, the use of the Julian calendar slightly delays the celebration of the moveable feasts. This delay is because the full moon in the Julian calendar is normally counted 5 days later than the astronomical full moon, which in turn delays the holidays for the latter, not necessarily by the same number of days though.

Origins of the Easter holiday itself are sometimes alluded to the pre-Christian traditions of the Pagan Era.

“The English word Easter, which parallels the German word Ostern, is of uncertain origin. One view, expounded by the Venerable Bede in the 8th century, was that it derived from Eostre, or Eostrae, the AngloSaxon goddess of spring and fertility. This view presumes – as does the view associating the origin of Christmas on December 25 with pagan celebrations of the winter solstice – that Christians appropriated pagan names and holidays for their highest festivals.” (HILLERBRAND, 2020)

It so happens that historians such as Venerable Bede (the historian and theologian whose works have proven to be a strong resource on Christian History) have drawn connections between Pagan holidays and Christian observances.

“Given the determination with which Christians combated all forms of paganism (the belief in multiple deities), this appears a rather dubious presumption. There is now widespread consensus that the word derives from the Christian designation of Easter week as in albis, a Latin phrase that was understood as the plural of alba (“dawn”) and became eostarum in Old High German, the precursor of the modern German and English term. The Latin and Greek Pascha (“Passover”) provides the root for Pâques, the French word for Easter.” (HILLERBRAND, 2020)

Hans Hillerbrand rebuts this claim in his explanation, justifying that this specific holiday refers to a ‘dawn’ through its origins in Latin and old German, thereby alluding to the awakening or rising up of Jesus. He also tries to dissociate any ties to the Jewish Passover by simplifying the term ‘Pascha’ to mean Easter through its French synonym.

Other major religions across the world also have differences in opinion over the observation of their own religious occasions, due to the inconsistencies within the lunar dating methods. Muslims, for instance joke about the so called “Moon Sighting Wars” before every Ramadhan and Eid. But that’s a story for another issue, hopefully!

Happy Easter or Happy Holidays to you and yours! Don’t forget to support fellow MomBosses, especially during this time.

In any case, should you wish to observe the holiday as religious or simply, just another public holiday with your family and friends, Happy Easter or Happy Holidays to you and yours! Don’t forget to support fellow MomBosses, especially during this time. Order some home-made cookies, Baklava or mithaai, and enjoy your day or weekend off, maybe at home, a roadtrip or at a getaway! 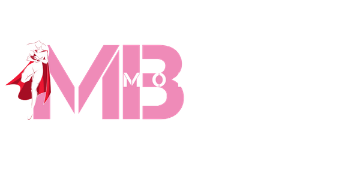 MomBoss Market Space enables business owners, employed professionals, contractors, and repairers to list their services all under one roof so that you can feel safer and at ease choosing any service from our directory, whilst helping women working in male-dominated trades to stand out

All rights reserved. No content can be partially or in whole reprinted or reproduced without written consent. We reserve the right to make any necessary changes to any information on the site without notice.

You're registered and logged in successfully. Redirecting please wait....

Registered successfully. An activation email has been sent to your provided email address. Didn't get any email?   Resend Again

Please try another email or signin.